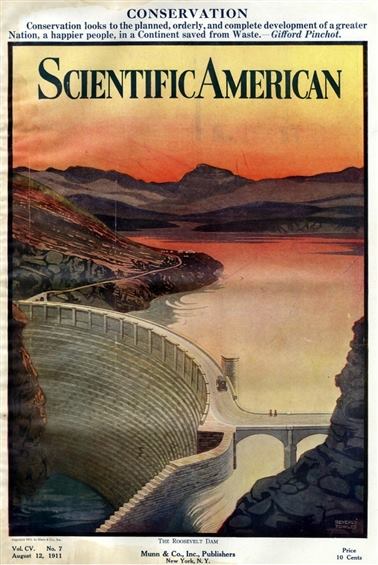 Renaissance man Theodore Roosevelt was born 155 years ago yesterday in New York City, a place very different from the far-off and not-then existent Arizona Territory that would later derive great benefit from his presidency.

Roosevelt is most closely associated with our state through his leadership of the courageous Rough Riders of Spanish-American War fame, many of whom hailed from Arizona. While not as widely known and arguably far less interesting than the battlefield heroics of the all-volunteer Rough Riders, Arizonans should also recognize Roosevelt for signing the 1902 Newlands Reclamation Act into law. This landmark legislation authorized several large-scale water reclamation projects in the arid lands west of the 100th meridian, including our Roosevelt Dam.

Completed in 1911, the $10 million Roosevelt Dam helped to ensure Valley residents a reliable water supply, thereby largely ending the decades-long struggle against unpredictable supplies of water that left Phoenix-area farm fields flooded in times of overabundant precipitation and parched in times of drought. The project’s significance was not lost on local residents or the press, as evidenced by the March 19, 1911 edition of the Arizona Republican that bore headlines proclaiming “Life Blood of Valley Turned Into its Arteries by Theodore Roosevelt,” thus signaling a “Triumphant Ending of the Great Project.”

Today just one among the string of several dams along the Salt River, the now-enlarged Roosevelt Dam has been vitally important to the vitality and prosperity of the Phoenix metropolitan area for more than a century. However, the dam’s importance – widely recognized during its construction and through the present day – and Roosevelt’s much-publicized 1911 visit still failed to deliver Arizona’s 1912 electoral college votes to third-party candidate Roosevelt, who fared better in the state than Republican Howard Taft, Socialist Eugene V. Debs, and Prohibition nominee Eugene W. Chafin, but couldn’t top the vote tally of Democrat Woodrow Wilson.